Please Note: This article is written for users of the following Microsoft Word versions: 97, 2000, 2002, and 2003. If you are using a later version (Word 2007 or later), this tip may not work for you. For a version of this tip written specifically for later versions of Word, click here: Turning Off a Startup Sound.

Turning Off a Startup Sound

Oliver is bothered by the sound that is played every time Word is started. He wants to turn the sound off, but is unclear on how to do this.

Believe it or not, the startup sound is not controlled from within Word, but from Windows itself. You need to start the Control Panel and then double-click the Sound applet (on some versions of Windows the applet may have a similar name, such as Sounds and Audio Devices). The control you want is on the Sounds tab of the resulting dialog box. (See Figure 1.) 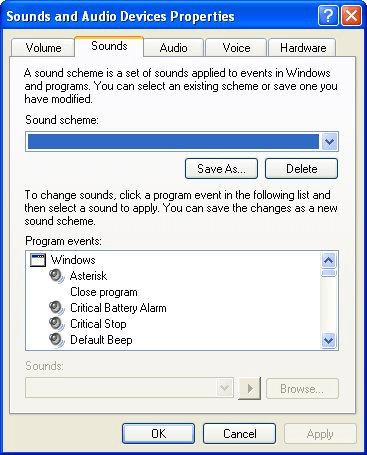 Figure 1. The Sounds tab of the Sound applet.

Using the scrollable Program list, find the Open Program event. Click once on it, and then change the Sounds drop-down list to None. When you click on OK, your change is saved and you should not hear a sound when you next start Word—or any other Windows program, for that matter.

WordTips is your source for cost-effective Microsoft Word training. (Microsoft Word is the most popular word processing software in the world.) This tip (440) applies to Microsoft Word 97, 2000, 2002, and 2003. You can find a version of this tip for the ribbon interface of Word (Word 2007 and later) here: Turning Off a Startup Sound.

Want more colors to use with the highlighter? You may be out of luck, unless you decide to use the approach illustrated ...

Placing Textbox Text Into a Worksheet

Want to get rid of your text boxes and move their text into the worksheet? It's going to take a macro-based approach, ...

Sometimes, when you upgrade to a new version of Excel, you could run into a problem recording macros that you had no ...

Changing the image of a button on a Toolbar in Word.

A series of options for checking the CPU load of your Word document.

When you open a document or start to use Word, do you see a background that looks like graph paper? It could be because ...