Please Note: This article is written for users of the following Microsoft Word versions: 97, 2000, 2002, and 2003. If you are using a later version (Word 2007 or later), this tip may not work for you. For a version of this tip written specifically for later versions of Word, click here: Creating Usable Figure Captions.

Ron wondered how to use figure captions with images inserted in a text box. The captions are inserted OK, but they are not available as cross-references or for inclusion in a Table of Figures.

This, unfortunately, is a shortcoming of Word when it comes to text boxes. The first problem (not being able to use the captions in cross-references) can be overcome with a bit of ingenuity. Simply bookmark the caption, then cross-reference the bookmark within text. This extra step can get to be a bother, however.

The best solution if you really need cross-references and Table of Figures inclusion is to not insert your figures in text boxes. Instead, insert them in old-fashioned frames. Frames have been fully described in other issues of WordTips. They are similar to text boxes, but there are some subtle-yet-important differences that can make them the option of choice, at times. One of those differences is that when you insert a figure and caption into a frame, the caption is available both for cross-referencing and for inclusion in a Table of Figures.

The reason for this difference is where Word tracks the different elements. A text box is considered part of the Drawing layer, not a part of the document itself. As such, text boxes are not referenced in some features of Word. Frames, on the other hand, are a part of the Document layer, and fully available to the required features.

WordTips is your source for cost-effective Microsoft Word training. (Microsoft Word is the most popular word processing software in the world.) This tip (1503) applies to Microsoft Word 97, 2000, 2002, and 2003. You can find a version of this tip for the ribbon interface of Word (Word 2007 and later) here: Creating Usable Figure Captions.

Need to add a sum to a column of figures in a table? Word makes it relatively easy to provide the sum you need.

Need to print more than one portion of your worksheet? If you use named ranges for the different ranges you want to ...

Perhaps the most common way of communicating with programs is through the use of dialog boxes. We expect dialog boxes to ...

Columns in a Text Box

Want to divide a text box into columns? Word doesn't allow you to do this, but there are ways to work around the limitation.

Text boxes allow you to "segment" information in your document and lay it out differently. You can easily resize these ...

Need to search for various text boxes in your document? It's easy to do with the handy macro provided in this tip.

On using a frame, from my style guide that I wrote for a company ten years ago:

Typically, the Figure label and its text are too long for an appealing layout, but you can place a manual line break with care before the tab character, otherwise it appears in the Table of Figures as a space character leading the figure text. To create and format the caption:
1. Select the graphic and on the Insert menu, click Reference → Caption.
2. Within the caption’s text box, insert a manual line break before the tab character.
3. Right-click the text box frame, and then click Format Text Box to open the Format Text Box dialog box.
4. If the text box has any border or fill color, click the Colors and Lines tab.
- a. Under Fill, set Color to No fill.
- b. Under Line, set Color to No line.
5. Click the Text Box tab, click Convert to Frame, and then click OK.
6. Right-click the frame, and then click Format Frame.
7. Set the Width to Exactly (not Auto) and At to some nominal size such as 2”.
8. Format the caption paragraph under Special as First line, and under By, enter a small indentation number such as 0.5”. Keep the caption paragraph aligned as Centered or the first line indentation will not produce pleasing results.
9. Adjust the frame size and first line indentation to visually center the figure label above its text (as a single line). If the frame cannot be resized narrow enough without wrapping the caption text, set a small explicit tab, such as 0.2” with Alignment of Left.
10. Reposition the frame and the graphic as necessary to keep them from extending beyond the margins or to align them with other inset graphics on the page.

This graphic shows an "in document" and printed sample. 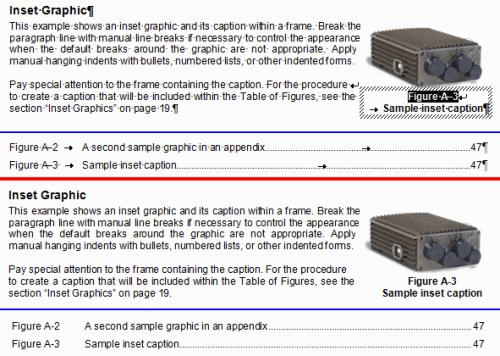 Figure 1. Using a frame to include in a figure table