Please Note: This article is written for users of the following Microsoft Word versions: 97, 2000, 2002, and 2003. If you are using a later version (Word 2007 or later), this tip may not work for you. For a version of this tip written specifically for later versions of Word, click here: Adding Horizontal Lines at the Sides of a Word.

Adding Horizontal Lines at the Sides of a Word

Word allows you to easily add all sorts of flourishes to the text in your document. For instance, you might want to create a page title by adding horizontal lines at the left and right of a word. Getting those lines to be vertically centered relative to the word can be a challenge, however. As with many tasks in Word there are several different approaches you can take to the problem.

One way is to use formatted tab stops to add the horizontal lines. Follow these general steps: 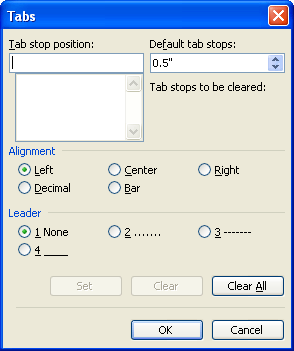 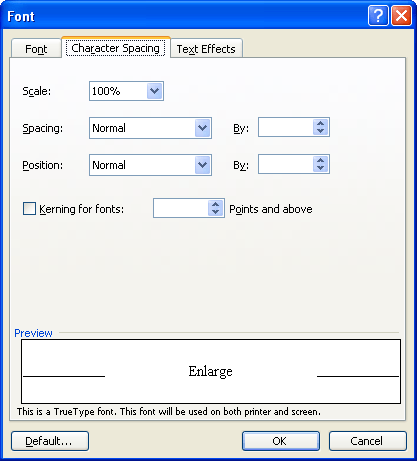 It can be intimidating to set tab stops in this manner, but you can get some great-looking results. If you prefer, you could try the following general steps instead: 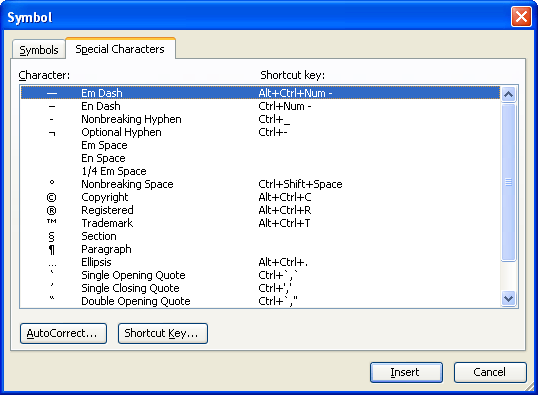 Figure 3. The Special Characters tab of the Symbol dialog box.

These steps work fairly well; for most fonts the em-dash is centered vertically by default.

Another approach is to use tables to position your text and lines. Insert a single-row, three-cell table. In the outermost cells of the table insert horizontal lines. (In the Borders and Shading dialog box, click the Horizontal Line button and select the line you want used.) In the center cell type the word you desire. You can then adjust the various formatting settings with the table (including cell size and table positioning) to get exactly the look you want.

Another idea is to again use a table, but this time create a table that is two cells high by three cells wide. In the first and third columns, format the cells so that the only borders visible are those between the first and second rows. Then, select and merge the cells in the center column. You now have two rows in the first column, one row in the second column, and two rows in the third column. Format the single cell in the second column so that it has no borders and that whatever you type in it is both vertically and horizontally centered. Type your word in the cell and adjust the second column's width to provide the desired amount of white space at both sides of the word.

WordTips is your source for cost-effective Microsoft Word training. (Microsoft Word is the most popular word processing software in the world.) This tip (6763) applies to Microsoft Word 97, 2000, 2002, and 2003. You can find a version of this tip for the ribbon interface of Word (Word 2007 and later) here: Adding Horizontal Lines at the Sides of a Word.

Word allows you to specify the unit of measurement you would like used in dialog boxes throughout the program. It can get ...

Assigning a Macro to a Button in Your Text

One way you can access macros is through the use of a button, added directly into the text of your document. This is done ...

Footnote references normally appear as superscripted digits, both in the main body of your document and in the footnotes ...

Ensuring Consistent Lines on Each Page

Need to have a specific number of lines on each page in your documents? What if those documents are subdocuments to a ...

Lines that Don't Change When You Type

Create a form in Word and you will invariably be faced with the need to places fill-in-the-blank lines in the document. ...

Adding Fonts To the Context Menu

Context menus appear when you right-click on different items in Word. These menus can be edited to add items, such as ...

The Em-Dash tip worked well - thank you for the quick & easy guidance!