Subscriber Josh Ginn wrote about a problem that recently cropped up with his printouts. It seems that he's started getting what he describes as "corner lines" on his documents, where the margins get set.

At first glance, this could be a case of having text boundaries turned on. This is a setting in Word that displays a dotted line around margins, columns, and paragraphs. You can turn text boundaries on and off in this manner: 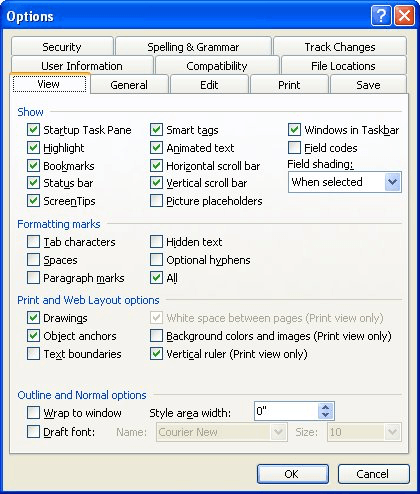 The "corner lines" mentioned by Josh sound like what typographers refer to as crop marks. They appear at the corners of printouts as a guide to indicate the point at which a page should be cropped, or cut. Word doesn't include the capability to print crop marks, but some printers can print them--particularly if the printer handles oversized paper. 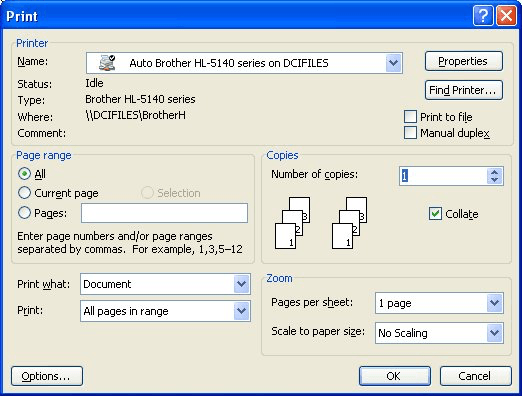 There is one other thing to check out if you are using Word 2002 or Word 2003. The unwanted marks could be due to the languages specified in Word. Microsoft describes this problem (and solution) in this Knowledge Base article:

The short answer is that you can remove the unwanted marks by disabling support for Asian languages, such as Chinese, Japanese, or Korean.

WordTips is your source for cost-effective Microsoft Word training. (Microsoft Word is the most popular word processing software in the world.) This tip (145) applies to Microsoft Word 97, 2000, 2002, and 2003.

When you do a search and replace operation in Word, it is possible that you could inadvertently wipe out a bookmark or ...

Need to run a DOS command from within one of your macros? The answer is the Shell command, described in this tip.

Excel has some built-in limits on what you can do with the program. When you run into those limits, it can be frustrating ...

Some of the built-in defaults in Word can't be changed. Often times, however, you can work around these defaults by using ...

When dealing with determined users, it is virtually impossible to prevent information in your document from being ...

Preparing Files for a Commercial Printer

Sometimes you may want to send Word documents to a commercial printer for professional mass production. Doing this ...